Share: copied!
The Senior List is compensated when you click on the provider links listed on this page. This compensation does not impact our ratings or reviews.
Purchasing How it Works Equipment Installation Cost Monitoring Add-Ons

We picked out a few more recommendations worth considering: 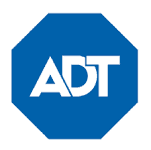 Today, I will be providing an overview of Vivint’s security products, how they work, and how they compare to the industry’s toughest competitors. I’ll discuss everything from products and costs to return policies and the ways in which Vivint’s offerings may be uniquely beneficial to older adults or their caregivers. Read on to learn more about Vivint’s smart security.

Purchasing a Vivint home security system must be done over the phone. Although you can fill out a short form on the website requesting a call about a quote, you must connect with a customer service agent over the phone in order to place an order.

While I prefer when companies also provide the option to shop online, I like that Vivint uses this phone call to help you customize a system to your individual home and circumstances. After all, I’ve found that sometimes a detailed conversation with an expert, like Vivint’s Smart Home Pros, can give you greater insight into your needs than a webpage.

How Your Vivint System Works

All Vivint systems include the SkyControl Panel, Vivint’s Smart Home App, and your selection of home security detection hardware, such as smart sensors, cameras and video doorbells.

Of the many functions you can command each smart control centers to perform, here are a handful that stood out to me:

Let’s take a closer look at the equipment offered by Vivint.

Essential to most security systems, entry sensors (also known as smart sensors with Vivint) are placed on your doors and windows, two of the most frequent entry points for uninvited guests. When a door or window with these sensors is opened while your system is armed, a signal is sent to your SkyControl Panel and Smart Home App, letting you know. It also alerts the Vivint monitoring center.

These sensors could be an invaluable tool for the one in five older adults who serve as a caregiver, especially those who are fighting cognitive disorders. At $35 each, you will probably want to strategically pick and choose where you place them since the costs for a sensor on every door and window to the outside could add up very quickly.

At $199, the Ping Indoor Camera is one of Vivint’s most affordable cameras. While this sounded expensive to me at first, I also recognize the best products often require an investment. Besides, the Vivint Ping Indoor Camera comes at a similar cost to those offered by Frontpoint.

With the Ping Indoor Camera’s vivid 1080p HD resolution, infrared LED night vision, and 155-degree field of view, you’ll know who is in your home and what they are doing at any time, day or night. Using two-way talk on your Smart Home app, you can speak to the individual(s) you’re recording, whether you’re telling your grandchildren to take it down a notch in the other room or you’re informing an intruder that the police have been dispatched.

Currently, the only surveillance camera equipped with lurker detection, the Vivint Outdoor Camera intelligently identifies potential threats and warns them they’ve been spotted. With 1080p HD, 4K HD sensors, 3X HD zoom, and 10X digital zoom, this camera is both capable of producing vivid, up-close images. It’s also entirely waterproof, safely standing up to the elements. While infrared night vision and smart motion detection just add to this camera’s appeal, $399 seemed like quite a hefty price tag for one camera, but the features justify the price.

Vivint’s doorbell camera uses artificial intelligence to detect human visitors only, rather than passing cars and the neighbor’s dog. So when a person comes into view of your video doorbell, a 30-second clip begins recording and you’re notified via your Smart Home App before they even ring the doorbell. In addition to its wide viewing angle, I also liked that this smart doorbell camera provides package delivery notifications, infrared night vision, theft detection, and two-way talk.

Costing $249, Vivint’s video doorbell seemed rather expensive for a product that didn’t even have the industry-standard 1080p resolution, only filming with a less clear 720p. The fact that SimpliSafe’s Video Doorbell Pro only costs $169 didn’t help this concern. Nevertheless, the Vivint doorbell’s professional installation comes free with the system, and despite the extra cost, it’s the only video doorbell that fully syncs with Vivint Smart Home Security Systems.

Did You Know: Although Vivint was originally founded as APX Alarm in 1998, the name was changed in 2011 to better reflect the brand’s goal. Hence Vivint, based on Latin words meaning “live intelligently,” was born.

Once you purchase your smart home system, you’ll schedule a time to have it installed by a certified professional. Did I mention this service is free? Vivint believes by allowing a trained professional to install your system, you’ll be less likely to encounter timely snags during installation or costly glitches later on. I’m usually all about DIY systems because of the money they save on installation. However, in this case, a Vivint expert comes out to your home at no cost to you.

Equipment bundles with Vivint range from $599 to nearly $2,000, depending on your specific selection. Keep in mind, however, that Vivint requires at least a $599 equipment purchase in order to get your service started.

If you pay for your equipment all at once, you won’t have any obligation to Vivint. Your only monthly cost will be for Vivint’s 24/7 professional monitoring, which we’ll discuss in the next section.

Equipment bundles with Vivint range from $599 to nearly $2,000, depending on your specific selection. Keep in mind, however, that Vivint requires at least a $599 equipment purchase in order to get your service started.
If you pay for your equipment all at once, you won’t have any obligation to Vivint. Your only monthly cost will be for Vivint’s 24/7 professional monitoring, which we’ll discuss in the next section.

Connected to all your smart security and safety devices via WiFi, your SkyControl Panel will send both you and the monitoring center notifications if your armed system is breached. Once a monitoring agent detects that something isn’t right in your home, they will call you within about 10 seconds to confirm there is a problem. If your alarm went off by accident, you can simply let the agent know. If, however, you confirm something is wrong or the monitoring center cannot reach you, the monitoring agent will dispatch the proper emergency services.

Vivint owns two monitoring centers that are dedicated solely to serving Vivint clients. These state-of-the-art monitoring centers are located in Provo, Utah and Eagan, Minnesota, a safe span in distance should any geographic circumstances hinder one of the center’s ability to connect. These centers are both UL-certified and hold a TMA Five Diamond Certification.

Tip: While the monthly monitoring plan you select may cover environmental monitoring, such as smoke, gas, and carbon monoxide or smart home integrations, such as smart locks, the cost of those products is not included in monitoring. You must purchase the actual equipment for these additions as well.

Following the installation of your system, Vivint allows you three days to return the system and 30 days to return individual products. After this point, your items are no longer eligible for return.

Your system’s equipment receives a standard warranty of 120 days. At the end of these 120 days, you will be charged a $49 fee for any service visits. If during this paid visit, the Vivint Smart Home Pro determines your equipment needs replacement, the necessary equipment will be replaced at no cost to you.

Vivint’s security system offers a compatible medical alert known as the Vivint Panic Pendant which costs $60. Similar to other medical alerts, the water-resistant Panic Pendant can be worn on a lanyard or in your pocket. It can also be placed in a handbag or another item you keep close by. Falls among older adults are not uncommon, sending 2.8 million older adults to the emergency room each year. Whether you trip while reaching for a top-shelf item in the kitchen or slip getting out of the shower, you may not find yourself in close proximity to a phone to call for help. To request support or emergency aid, you simply need to hold down the button on your pendant for 2 to 3 seconds from anywhere within 350 feet of your home automation system. Essentially, the panic pendant, which can be used for any type of emergency (not just medical), is a shortcut way to set off an emergency alarm on your SkyControl.

Fires are responsible for more than 3,000 deaths and over 16,000 injuries in the U.S. each year. How is it easy to set a fire as an older adult? Additionally, people ages 65 and up suffer from a higher rate of carbon monoxide poisoning than any other age group. Adding these high-tech sensors to your system helps reduce your risk of becoming a victim and keeps your home safe from damages. Each of these sensors costs $100.

Together, motion sensors ($100) and glass break detectors ($100) make your home even more secure against burglary attempts. Whether you’re running errands or cruising the Mediterranean, you can rest assured your home is secure and that any unexpected movement will trigger an alarm and alert the monitoring center.

In the United States, the average family spends over $1,000 a year on heating and cooling costs alone. Smart Home add-ons like the Vivint Element Thermostat ($169) can save you up to 12% on your electric bill. The system’s Smart Assistant auto-adjusts your home’s temperature based on your geolocation, in-home sensors, and info about your local climate.

With Kwikset smart locks ($179 apiece), Vivint users can lock and unlock your doors from anywhere in the world. You’ll also receive a notification if you or another member of your household leaves the door unlocked or the system thinks it’s detected an unauthorized entry. For the 50 million U.S. adults who suffer from arthritis, being able to ask your Google Home or Amazon Alexa to lock and unlock your doors, set your thermostat or adjust your lighting using voice commands only, could help limit or lower daily pain levels.

Vivint’s garage door controller ($99) syncs with your smart home and allows you to open and close the garage remotely. If you’re worried you left your garage open and are already running late for an appointment, there’s no need to turn around. You can simply check your garage’s status on your Vivint Smart Home app, and if it’s open, press close. Alternatively, the garage door control could save you loads of cash in the form of missing packages.

A smart home security leader with ample options and services for the aging, Vivint systems offer a smart and personalized home and environmental security solution. While Vivint’s price tag is one of the highest among its competitors, easily costing more than $1,000 in equipment alone, Vivint’s professional and quick-response services come through when it counts.

Amie has been writing about senior care products and services for the last decade. She is particularly passionate about new technologies that help improve the quality of life for seniors and their families. Seeing her parents and grandparents age made Amie ask herself, “Would this be good enough for my loved ones?” In her spare time, Amie enjoys outdoor adventures and spontaneous road trips. Learn more about Amie here

Members get updates like best products for seniors and senior discounts delivered right to their inbox for free.